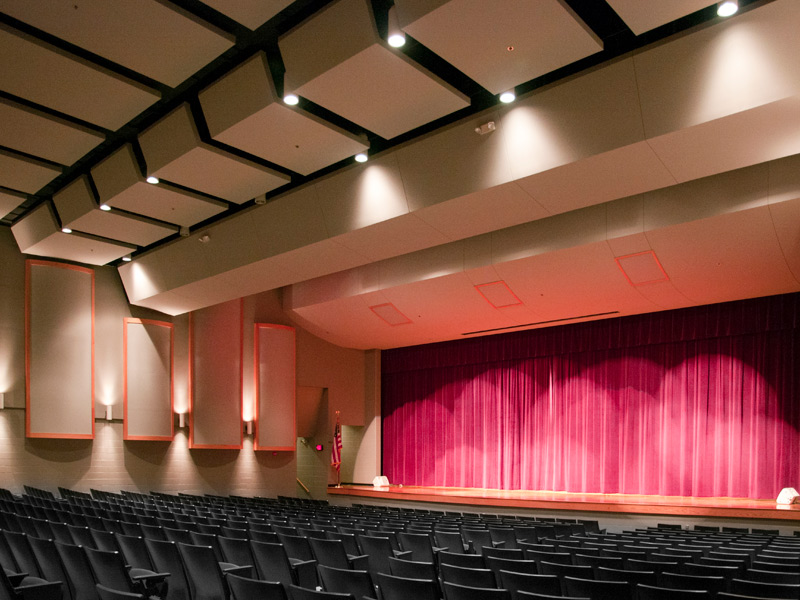 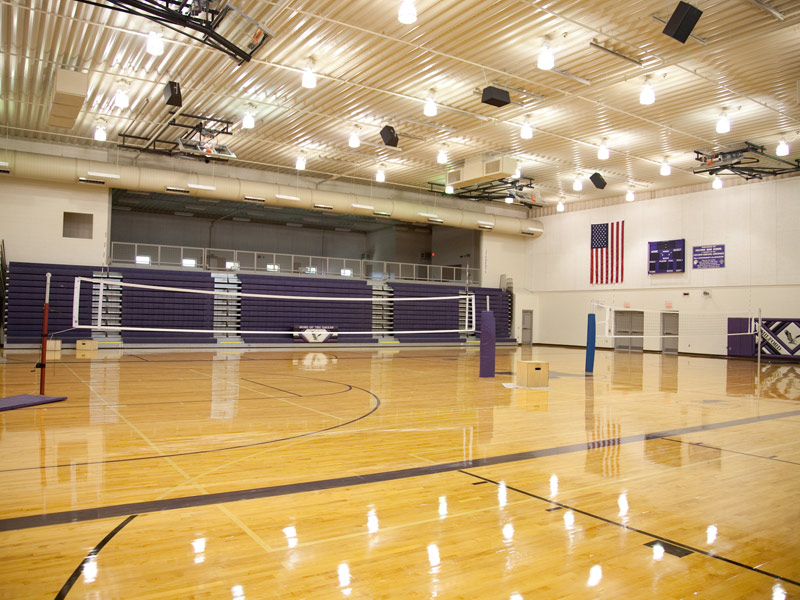 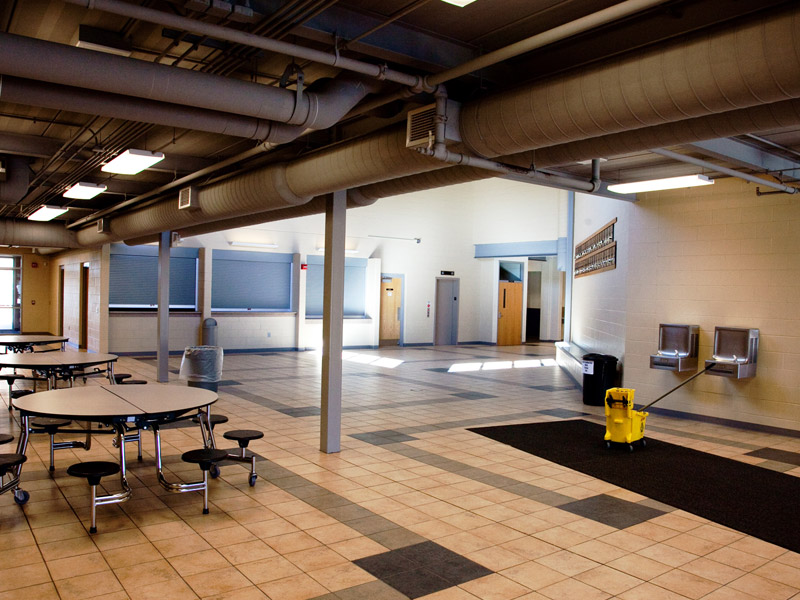 Milford Public Schools wanted to build a new competition gymnasium, music room suite and auditorium.  After two failed bond election attempts, the district hired B-D Construction, Inc. as the construction manager.  We prepared our own estimates for the owner, utilizing different roof systems and wall construction methods.  After reviewing the options with the district, a new bond election budget was set.  The board decided at the time of the bond election that the cost to finish the auditorium would not allow the voters to pass the bond.  A decision was made to construct the exterior building shell only for the auditorium. The bond issue passed, and the remaining design of the project began as well as construction.  Shortly after construction had begun, private donors offered the funds to finish the auditorium rather than just construct the shell.

The budget was based on using a pre-engineered S-Span roof system, clear spanning the gymnasium portion of the project with the roof system being supported by conventionally constructed walls.  Other portions of the project had a standing seam roof system installed over conventional structural steel.  Having experience in all of these types of construction, and more specifically the S-Span system, we worked with the design team to resolve construction details prior to completion of working drawings.