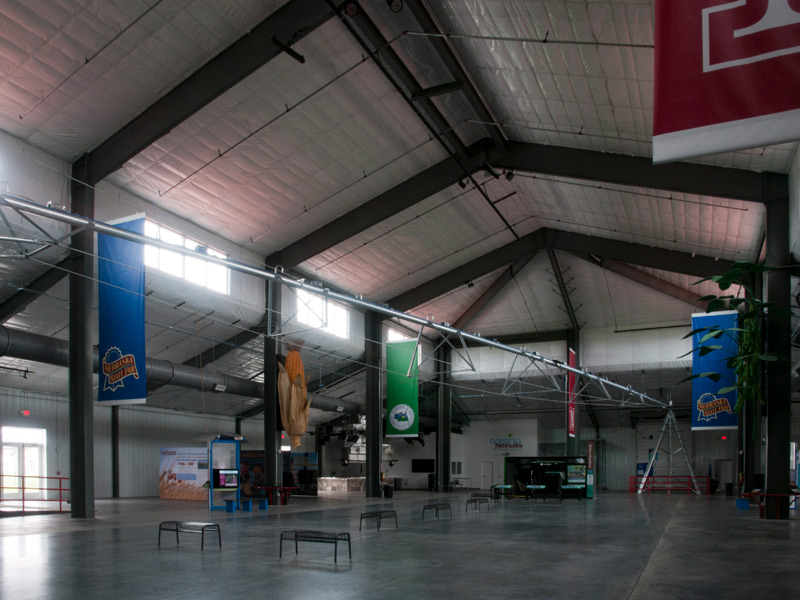 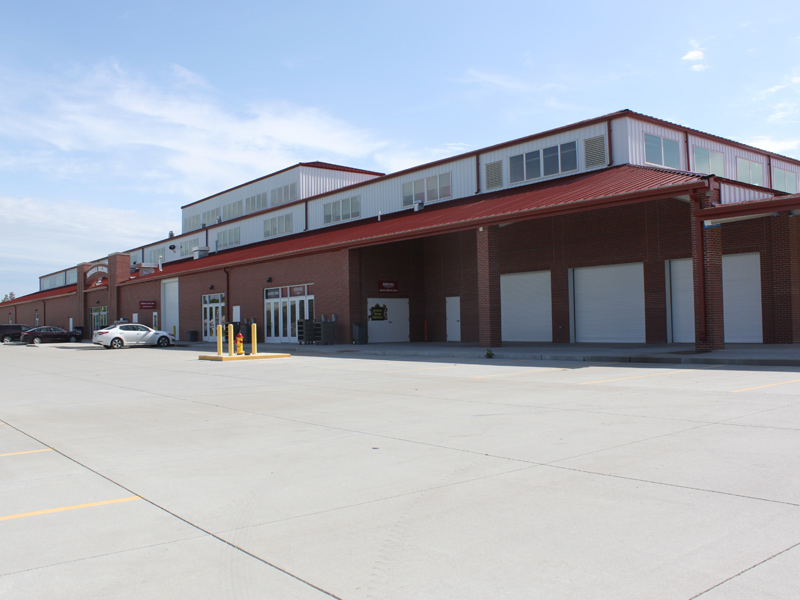 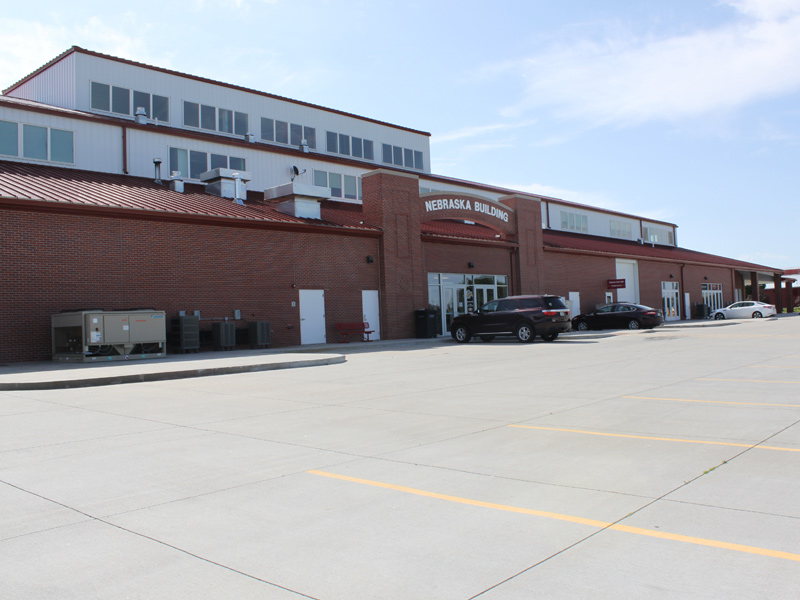 The total building measures 120 feet by 450 feet, with a total of 54,000 square feet of exhibition space on the ground level. The new office suite on the second floor covers a 10,800 square foot area. The second floor of the facility houses the Nebraska State Fair Administration offices and board rooms, while the lower level houses a number of new exhibit areas, including a permanent exhibit space for Nebraska Game and Parks. The game and parks area includes a portable aquarium of Nebraska fish, archery, target shooting and other exhibits. Other areas of the lower level include the Nebraska State Fair Historical Museum and University of Nebraska Ag Center.